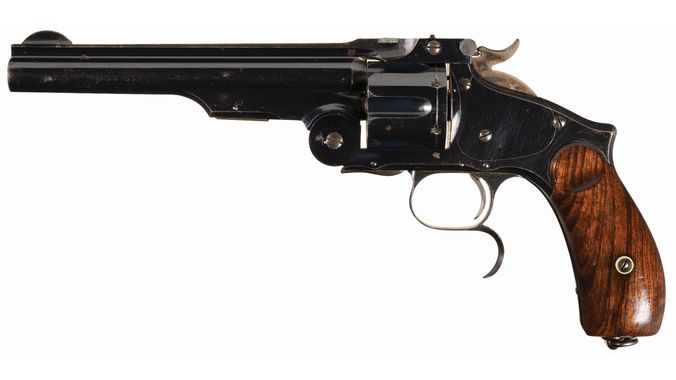 November 27th is the birthday of Ludwig Loewe (November 27, 1837 – September 11, 1886). He was a merchant, manufacturer, philanthropist, and a member of the German Reichstag. Loewe’s companies became involved in the production of armaments, employing famous designers and creating many notable guns. Ludwig Loewe Company of Berlin produced large numbers of Mauser bolt action rifles, most famously used in the Second Boer War. They also produced licensed copies of S&W single-action top-break revolvers.  (Pictured.) Many Loewe-made guns are stamped with a Star of David. The Loewe Company became part of the DWM conglomerate in 1897. Hence, all “Loewe” maker-marked guns are Federally-exempt pre-1899 antiques.

There are just three days left to send your entry for Round 97 of the SurvivalBlog non-fiction writing contest. Round 97 ends on November 30th. Please e-mail us your entry, as an e-mail attachment. Remember that there is a 1,500-word minimum, and that articles on practical “how-to” skills for survival have an advantage in the judging.