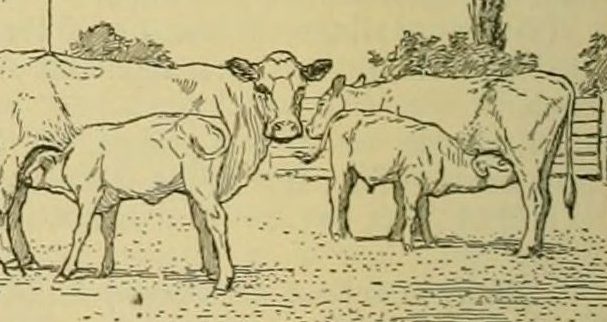 After seeing several discussions online in various forums about how individuals with type 1 diabetes would be able to survive post-Schumer Hits The Fan (SHTF), I became curious.

Okay, insulin is the body’s way of controlling the levels of sugar in your blood. All of today’s insulin is synthesized but when it was first discovered it all came from animals. Insulin is produced in the pancreas or pancreatic areas. Approaching this from a preparedness standpoint I was curious if insulin could be produced at home. The leading sources of home-produced insulin would be the pancreas of pigs or cattle. The issue I see with this would be the potential killing of a food source before it was needed just to make insulin. After some digging I found that fish also produce insulin and if you were raising Tilapia for other prep then you would have a source.

As soon as you can after slaughtering the animal for food, remove the pancreas and begin processing. The traditional method of preparation is as follows — s recounted in several publications, but this method dates back to 1925:

The beef or pork pancreas is finely minced in a larger grinder and the minced material is then treated with 5 c.c. of concentrated sulphuric acid, appropriately diluted, per pound of glands. The mixture is stirred for a period of three or four hours and 95% alcohol is added until the concentration of alcohol is 60% to 70%. Two extractions of the glands are made. The solid material is then partially removed by centrifuging the mixture and the solution is further clarified by filtering through paper. The filtrate is practically neutralized with Sodium Hydroxide. The clear filtrate is concentrated in a vacuum to about 1/15 of its original volume. The concentrate is then heated to 122F (50C) which results in the separation of lipoid and other materials, which are removed by filtration. Ammonium sulphate (37 grams. per 100 c.c.) is then added to the concentrate and a protein material containing all the Insulin floats to the top of the liquid.

The precipitate is skimmed off and dissolved in hot acid alcohol. When the precipitate has completely dissolved, 10 volumes of warm alcohol are added. The solution is then neutralized with Sodium Hydroxide and cooled to room temperature, and kept in a refrigerator at 41F (5C) for two days. At the end of this time the dark colored supernatant alcohol is decanted off. The alcohol contains practically no potency. The precipitate is dried in a vacuum, to remove all trace of the alcohol. It is then dissolved in acid water, in which it is readily soluble. The solution is made alkaline with Sodium Hydroxide to PH 7.3 to 7.5. At this alkalinity a dark colored precipitate settles out, and is immediately centrifuged off. This precipitate is washed once or twice with alkaline water of PH 9.0 and the washings are added to the main liquid. It is important that this process be carried out fairly quickly as Insulin is destroyed in alkaline solution. The acidity is adjusted to PH 5.0 and a white precipitate readily settles out. Tricresol is added to a concentration of 0.3% in order to assist in the isoelectric precipitation and to act as a preservative. After standing one week in the ice chest the supernatant liquid is decanted off and the resultant liquid is removed by centrifuging. The precipitate is then dissolved in a small quantity of acid water. A second isoelectric precipitation is carried out by adjusting the acidity to a PH of approximately 5.0. After standing over night the resultant precipitate is removed by centrifuging. The precipitate, which contains the active principle in a comparatively pure form, is dissolved in acid water and the hydrogen ion concentration adjusted to PH 2.5.

The material is carefully tested to determine the potency and is then diluted to the desired strength of 10, 20, 40 or 80 units per c.c. Tricresol (obtained from coal tar) is added to secure a concentration of 0.1 percent. Sufficient sodium chloride is added to make the solution isotonic. The Insulin solution is passed through a Mandler filter. After passing through the filter the Insulin is retested carefully to determine its potency. There is practically no loss in Berkefelding. The tested Insulin is poured into sterile glass vials with aseptic precautions and the sterility of the final product thoroughly tested by approved methods.

As you can see there are a few items you would need to purchase in advance, mainly things like vials, the filter, centrifuge and a vacuum pump. The chemicals mentioned I will address at the end.

Upon cutting open the fish to remove the guts look for the Brockmann bodies and islets.

Care must be exercised to obtain all of the islet. No bile, gall bladder or pancreatic tissue should be allowed in as these not only increase extraction costs, but also cause loss of the insulin.

Preparation of the Extracts

The preserving fluid used was 95 percent. acid alcohol, i.e., containing 0.3% of mineral acid. (As a matter of convenience sulphuric acid was used. Hydrochloric serves equally well and is easier to remove in the subsequent concentration of the extracts.) The islets, or other tissues, were placed in a volume of this fluid sufficient to give a final concentration of at least approximately 75% alcohol. The material must be worked at once. After filtering the alcohol through muslin and squeezing the tissue to a uniform dryness it was quickly weighed and then ground up thoroughly in a mortar, a little at a time, each portion being replaced in the supernatant alcohol, which in the meantime had been adjusted so as to ensure a concentration of 75% in the mixture of tissue and fluid. When the tissue was completely macerated, the mixture was allowed to stand at room temperature for 1 and a half hours, when the alcohol was strained off through the same piece of muslin and the residue re-extracted a second and a third time. The combined alcoholic extracts were filtered through thin paper into porcelain trays and evaporated down in a warm air until little or no alcohol remained. The watery solution of insulin, which was invariably found to contain a considerable amount of fat or oil, was extracted once or twice with ether in a separating funnel. It was then drained off into the trays, and evaporated down to a suitable volume.

Extracts prepared in this way from islet tissue were always found to be relatively free from protein and other impurities, and in many instances to be almost water-clear. The extract at this stage can be heated in a boiling water bath to about 167F (75C) for 3-5 minutes, cooled and sterilized by passing through a Berkefeld filter at a pH which was decidedly below 4, i.e., at a slightly acid reaction.

The amount of insulin that can be obtained varies by species. Without actual experimentation the actual yield per animal is lost in history although I did find one mention of 8oz of insulin from 2000lbs of pig. As I myself am not diabetic nor is any of my family I am not aware of the injection dosages so I would have no idea how long 8 ounces would last.

As stated earlier I will touch on the availability and acquisition of the needed chemicals. To do this I will have to “plug” a book that I found to be extremely interesting and potentially extremely helpful. It is my personal opinion that all of the readers here should get a copy of The Knowledge: How to Rebuild our World from Scratch by Lewis Dartnell. I believe he covered just about every substance you would need for this in his book.

Here I must reiterate that I AM NOT A MEDICAL PROFESSIONAL NOR A SCIENTIST. I RECOMMEND EVERYONE USE THIS ARTICLE FOR INFORMATIONAL PURPOSES AND DO RESEARCH ON YOUR OWN. ALSO, ALWAYS DISCUSS MEDICAL ISSUES WITH A TRAINED DOCTOR.