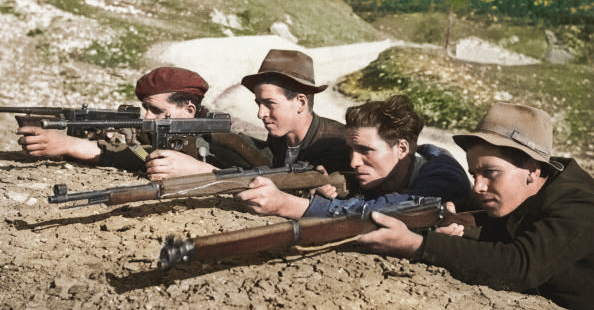 Today is the anniversary of the death of Colonel Ulius Louis “Pete” Amoss. This former OSS officer was best known as the originator of the resistance warfare concepts of Leaderless Resistance and “phantom cells.” He had a fascinating life. Amoss was born in 1895 and died on November 9, 1961 from coronary thrombosis. Pictured is a resistance cell operating in Italy, near the end of World War 2.