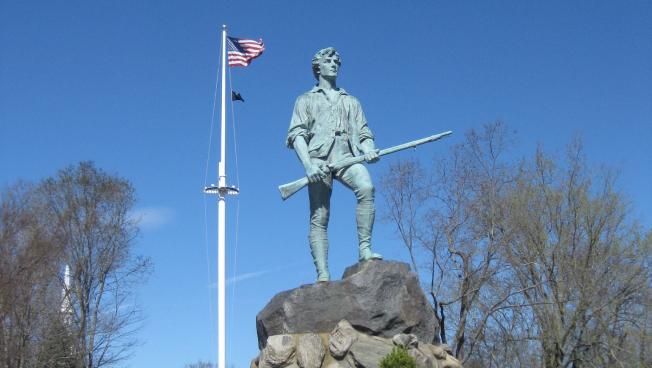 For those of you who follow The Book, we are all described as sheep, called to follow our shepherd in life and beyond. For those that are wondering “what is he talking about?”, I’m refer to the Bible…the most reviewed and historically fact-checked book of all time. I am writing this because I feel bound to. You see, my children are asking some good hard questions, and I am betting that a lot of others are asking you as well. We best have accurate answers to relate to our children if we do not want them growing up to be empowered selfish baby goats that head butt everything and anyone, then complaining when they have a headache.

Okay, let’s jump in. History – check, Psychology – check, coffee – oh yeah I’m going to need it.
Let’s take a good look through the lens of your social media account or favorite media channel. Chances are, at least once in the last six months (weeks even) you have noticed an event(s) or piece of information that you could have sworn were there, but now is not. You may also been greeted with a: “We are sorry, that is Fake News”, or went to see something someone shared only to get the famous “404 error – item not found”. Welcome to censorship folks, it’s on turbo mode right now….especially prior to and after the election.

I break you in to the thought process that: ‘your desire to freely and openly gather (accurate) information to control your decisions and the way that you live your life’…cannot be allowed. There is (and has been) a force at work around the globe that says that your control of your own life…is not allowed. Facebook oddly mirrors a Pentagon project called “Lifelog” which was axed some hours before Facebook was founded.  Private sector program my rump! Our Bill of Rights prevents government intrusion to this magnitude, so they farmed it out to the private sector. Some may say that this is gloomy, and it is. But like a bowl of oat bran, we can sprinkle some sugar (hope) on top and add milk (preparedness), and it goes down a little easier.

As I have accepted that I am not in control of what happens around the world, I am not afraid… I am hopeful. I am hopeful that my fellow mankind will see behind the curtain, peek behind the stage, and maybe even throw a rotten apple or two at those horrible actors until they leave the building.

The truth is that history is not only repeating itself, but it is reinforcing every past wrong by righting itself in social prowess. I, of course, refer to the will of “some” to dominate “others” against their will. You see it in your cities, you see it in your sports, you really see it in a Home Owners Association (HOA). Human beings have fallen into the illusion that every person is generally good when averaged and left to their own devices, and those that do not do as others do are the troublemakers. This could be nothing than further from the truth – people act in their own self-interest. Let’s swing open the history books for a dive into the study of subjugation.

During antiquity, humanity was focused on one thing…out competing those that were viewed as a threat to the success and expansion one’s self or group. I could go through 5000 years of tribal war history, but for the most part, this period in time can be worked up to one very important civilization…Babylon. This greatest of centers was ruled over by what could arguably be the most authoritarian and ‘I am a diety’ driven rulers of all time: Queen Semiramus (Ashteroth) and King Nebuchadnezzar (different time periods).

Queen Semiramus, wife of King Nimrod (grandson of Noah, great hunter/conqueror of men whose name means ‘to rebel’) took the cake when it came to total dominance. Upon her husband King Nimrod’s “death”, she declared that her newly conceived child (from another man prior to the Kings death) was the re-incarnated King, conceived by the Sun. This is where many “Nature based” religions come from – Egyptian Polytheistic, Buddhism, Shinto, Spirit/ancestor idolatry, Wiccan, Paganism, etc. Semiramus is single handedly responsible for the conglomeration of more reincarnation, occult, and social status religions than any person in history. The will to sway others by force, as evil as it is, also happens to be one of the most efficient means to accomplish a goal set forth by human rulers. Her rule began the downward spiral of humanity by giving people that did not have faith in Jehovah, lots of deity options to look up to within the false gods library.
Obviously, this angered the Almighty God, and you are probably familiar with the scattering of the people of “Babel” because their one language was undone, and people were seemingly babbling to each other. They scattered to the far corners of the earth, taking their false gods and new languages with them. This is important to remember.

King Nebuchadnezzar was a ruler of Neo-Babylon after the ‘scatter’, and he was a hound for riches and making himself an idol. He was King when the prophet Daniel was alive, and one of the most important prophetic interpretations of all time occurred under his rule. The dream given to him regarding the statue with a gold head, silver body, bronze waist, iron legs, and mixed iron/clay feet…represented the lessening greatness of each succeeding empire with the 4 great empires in history (Babylonian 605-539BC, Persian 1.0 539-331BC, Greek 331-168BC, RomUN 168BC-285AD). The Rock hewn from the mountain (representing Christ) rolled and shattered the weak iron/clay feet, and destroyed the entire statue – representing the destruction of all past empires to make the world anew.

The takeaway from this period in time is that subjugation was usually by brute force, with little concern for how the enslaved people felt or responded. People just had to do or worship who they were told to or they died, plain and simple. The populations were much lower than that of modern times. This conditions human beings to be submissive over generations, and gives the ‘masters’ learnings from every organization or attempt throughout the years. It is all about the delivery of force in this learning. Let me be very clear…the memory of human beings is generationally very short – the memory of their enslavers – is not. These ‘masters’ WILL learn and remember what worked well and what did not for their next attempt.

The Roman Empire, some argue, was the greatest empire ever forged across the globe (and it mirrors the strongest empire in the vision from the book of Daniel). It spanned into three continents, and affected roughly half the civilized world’s people at some point or another. But why were the Romans so successful in their conquest? Some may argue solely that their technological use of improvement in weaponry and military strategy was their claim to fame…I say… not quite.

The Romans were exceptional in two other very key areas that eventually filtered into the rest of the world. The first was that they brought ideology to the table, a choice in governance (republic) that we still hold similar structure to today in the remainder of free America. Granted, the Greeks were preceded this style of governance, but with the Romans, delivery was everything. The second was improvements in quality of life. It is pretty hard to feed 100k+ warriors without some improvement in your farming practices and food & water delivery systems. The Romans brought these things to the table when others perceived their standards of living, and in some cases, people welcomed colonization for the benefits they could not otherwise achieve on their own.

Stay with me…there is a reason we are going through a history lesson…I promise.

When others see that you have something new, shiny, and easier to do a given task than you can do it…those other people, whether you admit it or not, become role models to some degree. You want what they have, what they can do, what they can accomplish. People that viewed the Roman Empire saw what they had, what they could do, who they spoke like and about…and it was admirable to them to some degree. It was after a few years/decades of this that the next phase of this Empire began to build…HUBRIS. For those that are not clear, hubris would best be defined as if vanity and greed had a baby, which got too many angry tattoos, and carried a big stick everywhere it went to hit people with.

In a time such as this with deep hubris, it was during the reign of the Roman Empire that the most important historical event in history happened…the Birth, Teachings, Sacrifice, and Resurrection of Jesus Christ. Say what you will if you do or do not support this statement, but remember what year it is…2021 AD. AD (anno domini – year of our Lord) and BC (before Christ) separate our historical account of all time based on the time of Christ’s presence on earth…it’s not disputed…it’s recognized…and it’s important. This split separates the old from the new. Christ also reinforces this when he says to John “Behold, I am making all things new.” (Rev 21:5).

Once a society starts to believe that it is better than other human beings (or God), its hubris drives it to impart that “betterness” on the rest of humanity. Territories around the Mediterranean felt the wrath of these first social justice warriors for a hundred years+. As typical with sprawling empires, the way that an Empire this size is ended – is collapse from its own weight. It became divided internally and started to quarrel, lashing out to anything that would keep it alive. This is precisely how the Roman Empire eventually faded away. Or did it…..

The takeaway from the Roman Empire: Rulers use distraction – Bread and Circus’. The key to enslavement of people, is to make it so that they do not even realize that they are being enslaved by use of distraction and emotions. By controlling the money, the social structure of advancement, and by use of “entertainment”, the most advanced society of known history could become the great devourer. Thousands met their death in the Colosseum for sport, while many more thousands died trying to regain their freedom outside of Rome. Fortunately, all of us were given a life line by Christ’s loving sacrifice if we follow his example. Let’s continue on to understand what else our “masters” learned about control.

(To be continued tomorrow, in Part 2.)