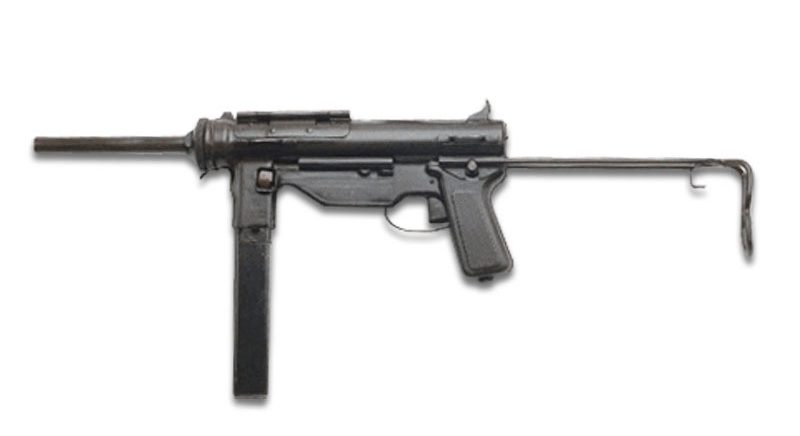 January 4th is the birthday of George Hyde, who was born “Heide” in 1888, in Arpfingen, Germany. He was the chief gun designer for the Inland Division of General Motors (GM) in Dayton, Ohio during World War II. Hyde was best-known as the co-designer of the M3 “Grease gun” SMG and the Liberator pistol, but he also designed the Bendix-Hyde Carbine and the M2 Hyde submachinegun. He immigrated to the United States in 1927. A gent at the Nitro Express Forums mentioned some details on his life before World War II: Before 1935 Hyde was the shop foreman and metal man at Griffin & Howe. He quit there and went into business for himself. Samuel A. “Harry” Leonard teamed up with Hyde, and their rifles are marked “Leonard & Hyde New York” on the barrel. In May of 1935 [school teacher and New York National Guard Major N.H.] Ned Roberts and his father-in-law [well-known carte-de-visite photographer] W.G.C. Kimball went into business together as “Roberts and Kimball” in Woburn, Massachusetts. Their idea was to make high-quality sporting and varmint rifles on Mauser actions in the then-popular cartridge that bears Roberts’ name, the .257 Roberts. Metal work on these Roberts & Kimball guns was done by George Hyde, and the stocking was done by Harry Leonard. Some information suggests that Leonard and Hyde did not relocate to Massachusetts but that the work was sent to them in New York City. Roberts & Kimball company lasted less than a year, and their rifles are not found very often.

Our big rifle sale at Elk Creek Company ends at 5 PM Pacific Time on Wednesday, January 6th, 2021. Get your order in soon!