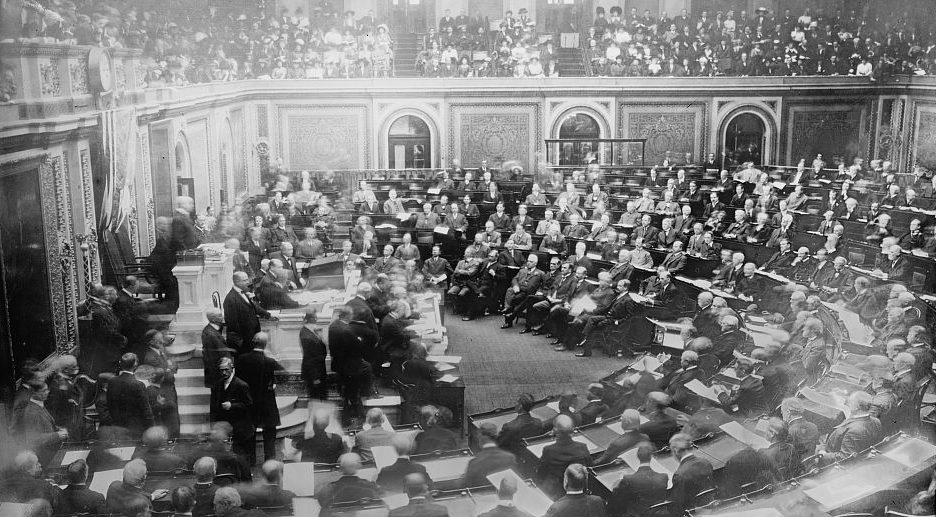 In light of the current political turmoil and contested election, some readers may be thinking of throwing their hat in the ring for elected office. I would like to share my experience of my candidacy for U.S. Congress for the 4th District of Pennsylvania in 2012. As you may recall this was the general election where Barack Obama was elected president and the Tea Party was quite active.

I’ve earned a Bachelor’s Degree in History and have always been interested in the political process. Back in the 1990s I served on the executive committee of the Political Action Committee (PAC) where I was employed. The committee was responsible for doling out funds to candidates who supposedly were pro-business. The company was located in Maryland, so you can take that last comment with a grain of salt. Turns out most of the money went to incumbents of the Democratic persuasion so that our lobbyists could gain access to said officeholders. After a couple of years, I was shuffled off of the committee, no doubt due to my negative voting record on allocating funds.

Fast forward to 2012. In 2001 I had moved from the Peoples’ Democratic Republic of Maryland to the Commonwealth of Pennsylvania. The current Congressman, Republican Todd Platts had announced he was not seeking reelection. He was instead seeking a judgeship on the York County Pennsylvania Court of Common Pleas. That is typical for career politicians. The primary election featured six Republicans and four Democrats seeking the nomination in their respective parties. Being relatively new to the area and not having any real contacts in the political arena, I knew the primary was a waste of time so I set my sights on the general election.

I had no illusion about winning, but I wanted an opportunity to present an alternative to Tweedle-Dee and Tweedle-Dum. An open seat seemed like the best opportunity. I went online to the Pennsylvania Government web site to scope out the details. I discovered that I could run as a third-party candidate by acquiring the signatures of 1,000 registered voters in the district. I sent for the forms.

Thus, began my education. The form, in my opinion, is designed to confuse the uninitiated. The front of the form is almost entirely made up of blanks to be completed by the candidate. Part “C” is titled “Committee to Fill Vacancies.” This committee is made up of 3 to 5 citizens of the district whose purpose is to select someone to fill the office in the event that the elected candidate cannot serve. Now I suppose that if the winning candidate is Republican or Democratic there are some party officials to select said person. In my case, after consulting some of my friends and neighbors, I filled in the spaces with three of their names. We all had a good laugh over the fact that on the outside chance that I did win and was somehow incapacitated, they would select a U.S. Congressman. More on this later.

Section “D” is where registered voters sign the “Nomination Paper.” They sign, print their name and address and date. The date is the last space to be filled in. It follows the address rather than after the signature so many signers instinctively put their zip code in the date block. I believe this is also intentional and would come back to haunt me later.

And so, I began to collect signatures. After work and in the evenings, I went door to door pleading my case. I explained that signing was not an endorsement but merely allowed my name to be placed on the ballot. Surprisingly nearly everyone signed. I even got one of the Township Supervisors, a staunch Republican, to sign. As spring turned to summer, I did some calculating and found that it would be difficult to secure the 1,000 signatures by the August 1st deadline. I therefore enlisted a dozen or so friends to help me with the signatures. As July wound down, I gathered all the sheets my friends had been given and secured an additional 25 signatures over the 1,000 for insurance. The sheets have forty lines for signatures and all the sheets have to be notarized. That means a minimum of 25 sheets. Fortunately, a sympathetic friend who was a notary, did the work gratis, saving me a couple of hundred dollars.

The Moment of Truth

Now came the moment of truth: Filing. I drove to Harrisburg, the state capitol, and presented my paperwork at the office of the Bureau of Commissions, Elections and Legislation. A fine young man began to examine my signatures and all went well–at first. Several pages in he began highlighting the date section on some of the lines. Some of the forms submitted to me by my friends had a zip code in the space for the date. These signatures were disallowed because they were not dated. (So that’s why the date appears alongside the address instead of after the signature.) When he was finished, despite my 25 signature cushion, he announced that I was 10 signatures short.

Months of work for naught! It was eleven o’clock in the morning. The clerk said, “You have until 4 o’clock to get the 10 signatures.” Fortunately for me, my district was just across the Susquehanna River. Since it was a workday, and few people were home, I spent the next several hours securing 12 more signatures. My dear wife sat in the car while I canvassed the area. After getting the sheet notarized, I returned to the office. The same clerk verified the additional signatures and after I paid my $150 filing fee, I was officially a candidate for U.S. Congress for the 4th District of Pennsylvania!

As an aside, while in the office I noticed another filer who was not so fortunate. He was told in the morning that his sheets had not been notarized. So off he went to get that done. As circumstances would have it, he was back the same time as I was on my return trip. The clerk who was helping(?) him, now informed him that he had not filled out Part B “Committee to Fill Vacancies.” He asked if he could do that now. Of course, the answer was “no” as the sheets had been notarized and could not be altered. I could imagine how he felt because it nearly happened to me! Reminds me of a typical visit to the Department of Motor Vehicles.

Now my campaign officially began. With not much of a war chest I was at a severe disadvantage. A few friends contributed and I used about $2,000 of my own funds. This I used to have signs and literature printed. A farmer who rents some of my land to grow crops allowed me to place a sign on some of his land that abuts the interstate. A friend volunteered to build a web site. Being a longtime member of the NRA I called their Institute for Legislative Action for some help. Nope. They said they would not contribute nor endorse me but would advise callers that I was an NRA supporter. When my employer found out I was running I thought I might get some help from that direction. After all, having an employee or former employee in Congress would be a good thing, right? Nope. They informed me that I could not do campaign work during company time nor use the company computer for the same purpose. This I had already taken as a given.

Gradually the telephone began to ring and I was interviewed over the phone by local newspapers. I also got offers to speak at Chambers of Commerce and other organizations. I realized this was probably the best way to get my message of small government, debt-reduction and elimination of the deficit out to the public. Probably the low point of the campaign was an interview with the local newspaper to which all four candidates were invited. The fourth candidate being the Libertarian. The editorial board spent the best part of two hours grilling us on our positions on the issues. Then they endorsed no candidate suggesting the electorate write in the incumbent’s name who wasn’t running. Most disappointing was the fact that they dismissed my candidacy by saying it was not viable. They never commented on my positions on the issues! After that, I became very wary of the media.

Election Day came and I went out to do my civic duty. That night I sat in front of the television and watched as my name crawled across the bottom of the screen with the voting results. Early on I actually put up some good percentages. In the end the party machine steamrollered me. With the district being 3 to 1 Republican, that candidate won by a landslide with 59.7% of the vote. The Republican candidate spent over $200,000 on the campaign compared to my measly $2,000. I ended up with 11,524 votes or 3.8% of the total beating the Libertarian candidate nearly 2 to 1. So at least I didn’t come in last.

My takeaway on the entire process: While disappointing, it was quite enlightening. All of my lawn signs were stolen although the number of them compared to those of the mainstream candidates was minuscule. The treatment by the press was just a precursor of what was to come for conservatives in 2016 and 2020. The process, in my opinion, favors the incumbent and the two-party system.

What is the solution? I don’t know but I would encourage anyone who is inclined to seek office to do so. The more we learn about the process the more we can confront it.

When I was running, people would ask me why I was running for U.S. Congress rather than a local office. Being 60 years old at the time, I replied that I didn’t have the time to work my way up through the ranks. For you younger folks, I say, “Go for it.”