My sincere thanks for waiting until today to place your order. Hopefully, with this big one-day surge of orders, it will push it into Amazon’s Top 100 (overall, in books) by this afternoon. We’re also hoping to make it onto the New York Times Bestsellers list, this weekend.

The book is 240 pages, with a clever wire-o binding inside of a hardcover. This allows it to lay flat, when open. Please note that a lot of the material that I wrote for the book has never appeared in SurvivalBlog. The editors (at Welbeck Publishing, in London, England) developed some dazzling graphics to go along with my text.

I expect that the small initial First Printing of the First Edition — with only about 75,000 copies available in the United States — will sell out by mid-November to late-November. Unless they place a rush air freight order, then the anticipated second printing won’t arrive in the States until January or February.  So please order your copies soon!

Readers in Australia can order it through Booktopia (for $30.95 AUD.) 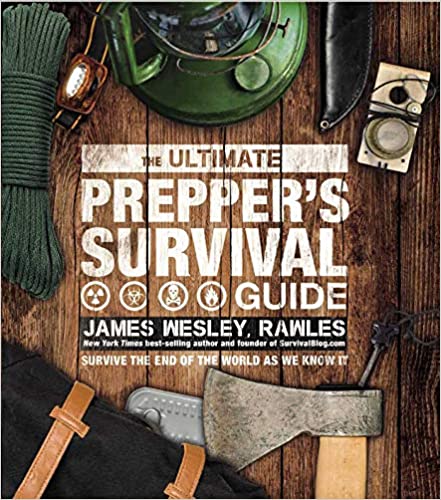 By the way, most Costco stores have already run out of their special early exclusive edition of the book, that they’ve been selling for the past 50 days. Costco’s anticipated re-order shipment probably won’t arrive until February.

Once you’ve read the book, brief reviews at Amazon.con and BN.com would be greatly appreciated. It would also be great if someone could mention the book in the James Rawles biography page at Wikipedia.

Once again, Many Thanks for waiting until today to order your copies of The Ultimate Prepper’s Survival Guide!  – JWR