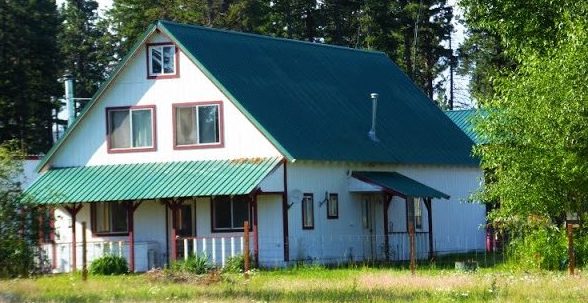 The year 2020 has been wacky, hasn’t it? When we celebrated Thanksgiving and Christmas in 2019, few of us anticipated what lay in store for the future.

But that’s the nature of crises – they’re unexpected. Despite being immersed in the preparedness movement for many years, the coronavirus pandemic was something we didn’t see coming. Now everyone is coping with the fiscal aftermath of what might turn into another Great Depression. To paraphrase Thomas Paine, these are the days to try men’s souls.

From a personal standpoint, our situation is additionally complicated because we’re in the process of selling our homestead and downsizing, which has created a huge element of uncertainty in our future. Where will we end up? We have no idea.

However nerve-wracking this year has been, it’s important to remember it’s nothing new. History is rife with pandemics, economic crashes, wars, violence, natural disasters, and every other challenge you can name. Every such event changed the way people lived. The Roaring Twenties was followed by the Great Depression, which was followed by World War II. These decades had an enormous impact on everyone who lived through them and forever changed the face of America. There’s no reason to think our current difficulties will be any different.

Here are some thoughts from both us (the writers) and others (friends and blog readers) about things done right – and wrong – through the events of 2020.

For this section, we reached out to others – including friends, neighbors, and blog readers – to include their answers in some of the things done wrong. Their answers are blended with ours.

Patrice Lewis is pleased to announce the availability of the complete collection of 52 Country Living Series ebooklets, representing over 17 years of homesteading experience. Subjects include preparedness, frugality, rural skills, food preservation, and more. Details on ordering them are available at her blog site.