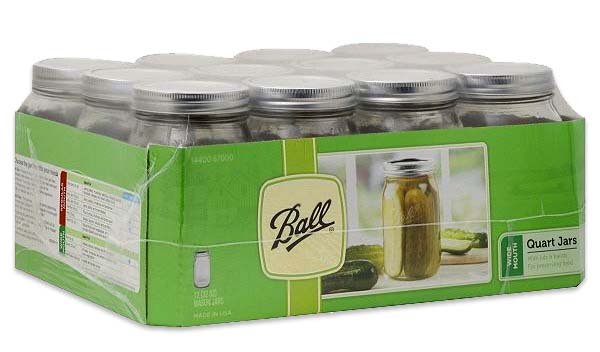 I grew up eating my grandmothers’ canned vegetables and fruits. Both of them put up the harvest to feed their farm families in the winter. But neither of them canned meat. It never crossed my mind that one could can meat until, in my thirties, I started canning my own spaghetti sauce and wondered if I could add hamburger to it. It turned out that I could! And that opened up a whole new world of canning opportunities.

Now, canned meats are a pantry staple for my family. I enjoy being able to grab a jar and have dinner on the table in less time than it would take a package of frozen meat to thaw. I have canned chicken, turkey, pork, stew beef, beef meatballs, and meat sauce. The shelf life of canned meat in my experience is 10+ years. If the home canner follows simple rules for safe canning, meat will be safe to eat for many years to come.

Meat MUST be pressure canned. It is a low acid food, and it can NEVER be water bath-canned. Water bath canning can only bring the contents of the jars to 212 degrees, the temperature of boiling water. Pressure canning increases the temperature to 240 degrees, killing botulism and all other micro-organisms that could cause spoilage or toxicity. Thus, one must have a pressure canner that is intended for home canning. This one is my favorite, but this one is a good, affordable option. You will also need mason jars, lids, and rings. It is nice to have a jar lifter, canning funnel, and a lid magnet, but these are not essential.

The idea of canning meat may seem daunting or even a bit frightening, but by carefully following the steps below, you will safely store meat for your family’s future.

Step One: Wash all jars in hot, soapy water and place upside down to drain. Alternatively, you could run them through the dishwasher.

Meat can be raw-packed or hot-packed. Raw packed, just as the name implies, means that the meat is trimmed of fat and placed in the jar raw. Fat is the enemy of long shelf life when it comes to meat. Thus, removing all visible fat is important. Fat can cause meat to go rancid within a couple of years. When raw packed meat is processed in the pressure canner, the fat will be cooked out of the meat, and it will float to the top. It may also create striations up the side of the jars, making the jars of meat look like something that my mother the science teacher used to have in specimen jars. Not appetizing to look at! Even so, it is perfectly safe to eat; however, removing as much fat as possible will minimize this effect.

Hot-packed meat is pre-cooked before placing it in the jars. This enables you to skim off and remove more of the fat before filling the jars. It will also result in a more appetizing final product as the jars will not have streaks of fat on the sides.

Whether raw or hot packing the meat, fill jars to within a generous inch of the top. Add water or broth, using a butter knife to remove air bubbles. Leave a generous inch of headspace (empty space) at the top of the jar. This allows for the contents to expand in the jar as they are heated without buckling the lid and compromising the seal.

In a small saucepan, heat canning lids in one inch of water for a few minutes to soften the seal. Wipe the rims of the jars with a paper towel or clean cloth dipped in vinegar. Vinegar will remove any fat that has accumulated on the rim, allowing for a good seal between the lid and the clean glass. Place heated lids on jars and screw on rings finger tight. Finger tight means just a snug hand turning; don’t use all your strength.

Pour 3-4 quarts of hot water in the canner and place jars inside. If you have hard water, add a quarter cup of white vinegar to the canning water to prevent clouding of the jars. Most canners can hold 7 quart jars at a time. The water will not cover the jars; it doesn’t need to for pressure canning. Place the lid on the canner tightly, and turn stove burner to medium-high heat.

Heat the canner until steam escapes from the vent hole. Vent steam for 10 minutes. This removes air from the canner and will allow pressure to build properly. Place canning weight over the vent hole. The canner will start to build pressure. Bring to 11 pounds of pressure and then set a timer for 90 minutes. Adjust heat as necessary to maintain pressure. The canning weight should bob and dance every 10-20 seconds as it releases some steam. Truly, I judge pressure by the dancing weight more than I do the pressure gauge. After 90 minutes, turn off the heat and allow the pressure to come down naturally. This means do not remove the canner from the burner or wipe the outside of it with cold cloths, and do not remove the canning weight until the pressure gauge reads zero and the air vent/cover lock (if your canner has one) drops.

Once the gauge reads zero and the cover lock drops, remove the lid, taking care to avoid being burned by escaping steam. Allow the jars to sit in the canner for ten minutes or so before carefully removing them with a hot pad or, preferably, a jar lifter. Place on a tea towel with some space between jars. Allow to cool overnight. As jars cool, you will hear the magical ping that indicates a good seal. The broth in the jars will continue to bubble for quite some time; this is perfectly natural.

The next day, unscrew the rings and wash the jars. They may have a fatty film on the outside. Removing the rings will allow you to check for a good seal. The lids should be sucked down to the jars; when you press on them, there should be no movement. Use a Sharpie or permanent marker to write the name of the contents and the date you canned them on the lid. Store in a cool, dark place. Check jars periodically to make sure they are still sealed.

Specific tips for meats That I have canned:

Chicken: Most of the time I can chicken breasts. I either cube the meat and hot pack it, or I raw can the whole breasts. Either way, I add a teaspoon of canning salt to each jar for flavor and as a preservative. Cubed chicken gets used in chicken salad, soups, pot pies, and casseroles. Whole breasts are shredded and used to make burritos, enchiladas, and barbecue chicken sandwiches. I have also canned drumsticks which I cooked and deboned. Skin must always be removed from any meat which is canned.

Turkey: I take advantage of Thanksgiving sales and cook down whole turkeys. These are hot packed with the broth from cooking the bones and used much as I would use chicken.

Stew beef: When it is on sale, I buy stew beef and hot pack it with a teaspoon of canning salt or a bouillon cube. I use it to make soups and stews. It can also be shredded and made into barbecue beef sandwiches.

Meat sauce: I brown ground beef, drain it, and add it to my spaghetti sauce. I can have a homemade spaghetti dinner on the table in ten minutes.

Meatballs: I make a simple meatball recipe that does not use bread crumbs or cheese, since these are not ingredients which can be safely canned. My recipe just uses meat and seasonings. I form small meatballs and bake them in a roasting pan at 400 degrees so that the fat drains off, usually around 20 minutes. Then I hot pack them in the jars, adding a beef bouillon cube and hot water. I use them in spaghetti, Swedish meatballs, and Italian meatball soup. They also make a great meatball sandwich. I recommend using wide mouth canning jars for meatballs so that they are easier to remove from the jar.

Pork: I like to hot pack pork because it is a fatty meat, and hot packing allows me to remove more of the fat. I have canned shredded pork and pork chunks. It is good for carnitas or barbecue pork sandwiches.

Meats NOT to can: Ground beef by itself is not palatable to me once canned. I tried canning browned ground beef in broth, but the result was too soft. The texture of the meat made it inedible for us. I even tried re-browning it, but the meat fell apart and became mushy. But ground beef in spaghetti sauce works well.

In conclusion, having canning supplies and knowledge of how to can meat enables me to take advantage of meat sales. Just yesterday I purchased more than 40 pounds of chicken breasts that had been marked down, and I am in the process of canning those. Additionally, when I have had a child leave the freezer door ajar and found thawed but still cold meat, I was able to can the meat rather than see it wasted. I once canned more than 100 quarts of chicken drumsticks that were gifted to me because they could not be distributed at our church pantry because they had been partially thawed. Canning meat has saved me money and it has saved me time. With three teenagers and a busy schedule, canned meat has allowed us to have a home-cooked meal instead of fast food on many occasions. Don’t be afraid to try it!