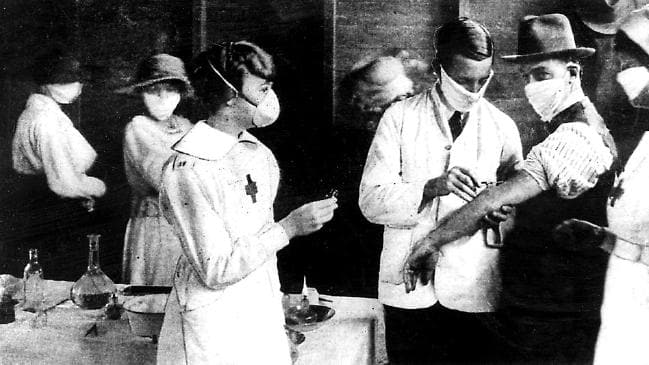 Was the Threat Real?

I’ve been asked by skeptical friends whether COVID-19 was a hoax/conspiracy, or if this was a real threat. Based on what I saw firsthand practicing in the frontline medical specialty of Anesthesiology and Critical Care, the threat of this disease is very real. People indeed died, and the deaths were often particularly unpleasant.

The health, psychological, and economic impacts of this virus will be felt for years to come, and may impact the 2020 elections (with all of the subsequent consequences this will carry).

However serious the disease may be, it feels that we have now entered the “political” phase of the pandemic where the threats to our vulnerable populations remain at-risk, but it appears that healthy patients have a higher likelihood of surviving an infection. It has the appearance that it is now being used as a justification in many states to keep the economy shut down until after the November election, while many of the same politicians who issue shutdown orders simultaneously condone mass gatherings of protestors/rioters because of the “social good” that comes from them.

Why was COVID-19 Problematic?

While there were many similarities to influenza, there are several reasons that this virus had some concerning traits:

Were We Prepared for a Pandemic?

ABSOLUTELY NOT. Our governmental agencies…federal, state, and local governments as well as health departments…were largely caught off guard by this event. In the private sector, hospitals and businesses were often in the same boat of finding themselves underprepared for this “Black Swan” event. Sadly, with all the contingency planning and strategic exercises that have been done for other mass casualty scenarios over the years, very few exercises had focused on having our nation ready for a pandemic. Many dedicated people in hospitals, businesses, and governmental agencies worked very hard to scramble into more preparedness, but they were facing an uphill battle.

Compounding this lack of planning exercises was a lack of critical supplies when we most needed them. Our nation lacked the strategic stockpile and/or the ability to rapidly produce appropriate amounts of life-saving medications, ventilators, or PPE (personal protective equipment). Using a “Walmart mentality,” our governments and healthcare organizations had outsourced to China and other low bidders to manufacture critical amounts of these items, which came back to haunt us as the virus began to spread and China was consumed with containment on their own soil. This shortage worsened when China cut off many of the trans-Pacific supply chains once they were caught red-handed having covered up the early warnings about the Coronavirus. Without the ability to ramp up domestic production in a rapid fashion, resources were strained to the point of nearly breaking the entire healthcare system.

The World Health Organization (WHO) and Centers for Disease Control (CDC) frequently issued conflicting guidelines that changed nearly daily and often made no sense from a scientific perspective. The guidelines, which at times appeared to be politically, rather than scientifically driven, often abandoned healthcare workers on the front lines unprotected and vulnerable. This has left a very high level of lingering distrust in the credibility of these organizations amongst the people (healthcare professionals) who had previously relied on them for guidance in the fight against many other infectious diseases. This was especially true for the way the CDC frequently changed PPE advisories in an arbitrary and capricious manner which left healthcare workers unnecessarily exposed to pathogens, or faced with termination from their jobs for questioning these guidelines and bringing their own self-purchased PPE to work with them.

What Was the “Flatten the Curve” Concept All About?

From my observation inside the leadership of a community hospital, the premise of the “Flatten the Curve” mantra had its merits. The goal of allowing the healthcare system to have a chance to see more of a “stream” than a “gush” of patients allowed many systems to not exceed their capacity of ventilators and PPE. Obviously, places like New York City saw their capacity overwhelmed, but hospitals in the majority of the nation kept their hospital census manageable. Flattening the curve allowed the healthcare system to not be overwhelmed with too many critically ill patients all at once. Hospitals routinely care for critically ill patients, but there are finite resources that needed to be expanded to handle a massive surge of deathly-ill patients.6

Different states obviously chose to implement this “Flatten the Curve” policy differently, as they have done with reopening as well. Unfortunately, politics seems to be a large factor in the reopening disparities now. Many “red state” governors were more ambitious about reopening efforts; some “blue state” politicians openly campaigned to keep the economy shut down through the November 3, 2020 presidential election while paradoxically endorsing mass gatherings of rioters and looters for the “greater good of social change.”

Even if we don’t see a second spike of COVID-19, we will probably face another pandemic in our lifetimes. It is very possible we may see another large COVID-19 spike in the Fall/Winter of 2020 when flu season normally hits. There are several things I’d recommend to readers in order to be prepared for a second wave of COVID-19, or any other future pandemic:

I know some preparedness-minded folks who are considering LASIK eye surgery to eliminate their dependency on glasses and contacts. I’d also encourage those who have cataracts impairing your vision to consider having these dealt with while elective surgeries of this nature are available.

You cannot afford the risk to your health if you suffer from a cavity or dental abscess during a pandemic; get any broken or rotten teeth addressed now.

How to Grow Microgreens Indoors: A Guide for Beginners