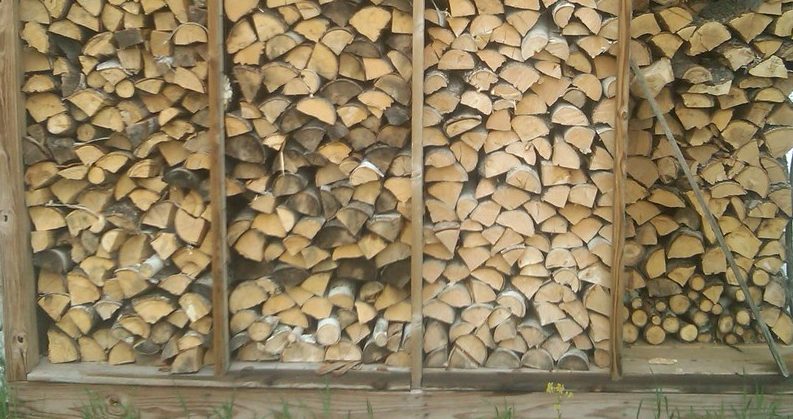 To be prepared for a crisis, every Prepper must establish goals and make long-term and short-term plans. In this column, the SurvivalBlog editors review their week’s prep activities and planned prep activities for the coming week. These range from healthcare and gear purchases to gardening, ranch improvements, bug out bag fine-tuning, and food storage. This is something akin to our Retreat Owner Profiles, but written incrementally and in detail, throughout the year. Note that as an Amazon Associate I earn from qualifying purchases. We always welcome you to share your own successes and wisdom in the Comments. Let’s keep busy and be ready!

The High Summer flurry of activity at the Rawles Ranch is continuing. The weather has mostly been dry, so we’ve had to resort to doing some watering of fruit and ornamental trees. We’ve also have been watering the wood lots around the house and guest cabin to lessen potential forest fire hazards.

This week I concentrated on some more firewood log gang cutting, chucking, and splitting the larger rounds. I’m now nearly done with this for the year. Our daughters have done an admirable job of getting all that wood stacked. Meanwhile, I’m trying to keep up with the blog and handle my mailorder business. Miss Eloise has been handling most of the order padding and packing. And our younger daughter has been photographing the guns.

I’ve been very busy writing descriptions for cataloging the new items (like this rare gem), cropping gun photographs, and taking orders for Elk Creek Company. I’m seeking quality pre-1899 gun inventory as quickly as I can, but I’m not keeping up with the demand. At the current rate, I will be nearly out of stock before the November election.

As I’ve mentioned before, I have travel planned for the month of September. This trip is in part to gather inventory. Therefore, I will be temporarily putting Elk Creek Company on hiatus. So if you’d like to place an order, then please get your order in by this coming Wednesday, August 26th. The order-taking hiatus begins on August 27, 2020, Thanks!

Hmmm, it’s hard to remember what I’ve done in a week if I don’t write it down, as I do it. So much happens here in a week.  I pretty much tell you about the prepping things that I do, and that of course doesn’t include all of the regular house upkeep activities such as cooking, vacuuming, floor washing, laundry, dishes, washing canning jars in preparation for canning, etc. Dishes!  I do so many dishes! The girls do too.

Anyhow, this week, I pressure canned another 2 batches of ground beef and stew beef.

I picked another large quanity of our own raspberries. Those I froze and dehydrated.

I pruned out the spent black raspberry canes.  There are still a few left with ripening raspberries on them.

The girls and I spent a good portion of a day blueberry picking with some friends at a local “U-Pick”.  We picked around thirty pounds. I dehydrated some, made syrup, and froze about two gallons.

I picked a large quantity of French green beans and yellow beans from my garden, blanched and froze them, and I also weeded the French beans.

I harvested nearly twenty pounds of volunteer potatoes, from the overwintering experiment bed from two winters ago, mostly banana fingerlings.

I dehydrated and froze a big batch of zuchs.

I am totally enjoying the work of preserving our own food.

Last week, I cleaned up some beds in the greenhouse and while doing so saved seed fronds from lettuce, beet and dill and some other plants.  I well-watered the remaining plants in the beds. The beets had been planted last fall, had overwintered in the beds and had gone to seed.  This week as I went to pull some newly growing weeds in that bed, I saw beet seedlings growing!!!  They had dropped some of their seeds from the flowering fronds. This means that for the first time ever, I grew and harvested my own viable beet seeds!  Yeah, I am so excited!

The farrier came and trimmed the hooves of our horses.

We received an order from an Organic food company of a hundred pounds of Red and Yukon gold potatoes, and mixed fingerling potatoes.  About half of each kind of potato are being put away as seed potatoes, while the rest will be eaten during the winter. Now, I am feeling fairly comfortable with our potato situation. We will eat our own potatoes first.  Those we bought are back up, just in case we need to eat more than we harvested. If we don’t eat them, then they will be seed potatoes. We also received a bunch of essential oils, some seasonings, Sweet potatoes, coconut milk, mangoes, a case of naval oranges (which we juice), and two cases of peaches.

I received another batch of meat chicken eggs from our friend which are currently incubating in Miss Violet’s bathroom.  All seems to be going well with the chicks’ development.  I’m praying for a much better hatch rate this time.

Meat chicks and “mom” are doing well, though, we lost one –to what, we don’t know.  I do suspect that perhaps a weasel squeezed in and got it.  After finding no trace of the chick, I made sure the door hatch to the chicken run was completely closed and that all other areas of the coop were vermin free.  It’s been about seven days since then, and I haven’t lost another, sooo…

I did a lot of tidying and organizing of the Main garden area, putting away tools, trays and buckets, collecting seeds from plants I was drying out on the garden porch, more turnip and Shepherd’s Purse, and organizing the inside of our house. I harvested seed branches from a large number of Lamb’s Quarter plants. I am drying these out and will spread the seeds deliberately around the ranch and in a garden row next summer.

I defrosted the propane freezer and washed it out well.

We had some store-bought fish, our own turkey and chicken, still in there, and two cow hearts and livers (sitting in the freezer for about two years that we never ate.) Therefore Jim made the executive decision to thaw out the fish, cow hearts and livers, and then cook them up and reseal them in small vacuum-packed bags (with our trusty 31-year old Foodsaver) and refreeze them — for use as cat food.  The cats love it.

The Unnamed River’s water level has dropped now and our cows stepped into the river and walked around the end of the fence line in the shallows and went into our neighbor’s meadow.  Grrr! Usually, the river is very deep and is a perfect boundary fence until the late summer.  Thankfully, their meadow is also fenced.  But if they actually crossed the river…They never have, yet…We won’t think about that…   We have such Bovine Delinquents!

So I went and erected a hog panel over the on-purpose gap in the fence into the meadow and then I closed another gate that goes into that meadow.  The cows (and horses) are now locked out of that small meadow section until the river depth rises again. (That is the norm for our river, when the fall rains return.)

As was already mentioned, the girls continued to stack wood for Jim, take photographs of newly-arrived antique guns, and package them to be mailed or shipped.  Additionally, they have been sent out on manure patrol this week, cleaning up the loafing areas.

We all went swimming numerous times. I also did the kickboard workout.

We rode our mountain bikes around the ranch.

One day, the girls invited a friend over and went for a hike in the morning, a swim in the early afternoon and then a trail ride in the afternoon with the horses.

I spent several early mornings studying the scriptures with KJV+ e-Sword.  I studied Chapters 1-2 in Leviticus and Chapter 1 in Deuteronomy and Psalm 1.  I love reading the scriptures and then looking up the Strong’s Hebrew translation for the words I don’t yet know. I’ve also spent some time in the New Testament looking up a few of the Greek words.  e-Sword also includes a scripture comparison for certain words and parts of a verse that occur in other books of the Bible. I also very much enjoy comparing the scriptures with other ones though out the Bible.  That is a deeply rich experience, indeed.  I love it. I am currently listening through YouTube the book of Mark.

The news this week has been very upsetting on numerous fronts. The New Zealand and Australian news is particularly upsetting. Those two countries are the beta testing countries, testing their population to see how they react before unleashing similar new laws on the USA. Some of the executive decisions: prison for any who refuse the vaccine, and new laws outlawing bartering in New Zealand.  Melbourne, Australia law enforcement behaving worse towards the populace than the Gestapo in Germany during WWII.  Meanwhile, here In the USA: Schools calling CPS on parents whose children miss the Zoom Classes during the Lock down in April and May, or didn’t hand in on-line homework.  The control that is being exercised is exactly that which the books, Brave New World, 1984 and Animal Farm were all about.  Doesn’t the general public see this?  Where is the outcry? It is really upsetting to me.

My prayer: Hide me oh Lord God underneath your wings.  Make us invisible from those bent on harm. May we escape all things.  Keep us safe in you. Keep our enemies and those who hate us far from us. Please hide all of our Readers, in You.  Provide for us all things.  We trust only in you!

May you all have a very blessed and safe week.

As always, please share your own successes and hard-earned wisdom in the Comments.